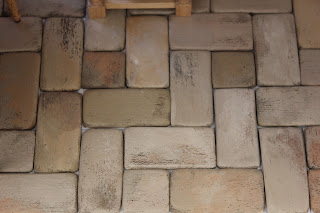 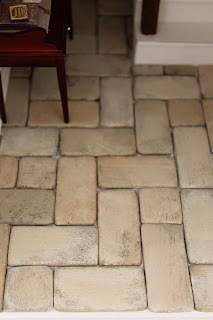 Hello every one,
I promised I would do a follow up post on my Flag stones, so here they are. The first photograph is of the flags in the Kitchen and the second in the hall. You may not be able to see the difference but to me I prefer the stones in the hall, they are a slightly cooler tone as they were done on different days, whilst the colours I used are the same, the way you mix them can vary, so slight differences can occur. I started out by using graph paper cut to the size of my room and loosely marking out the shapes in a random pattern, I tried not to be too fixed to a firm pattern so they looked a little more irregular. I then sanded them into softer shapes and then beat them with a wire brush so that the flags appeared to have pits in them that you usually find in stone. I then painted them in raw umber so that the paint would sink into the pits. Once it was dry I made up a pallet using three colours. White, raw umber, and yellow ochre, mixed together these colours make a nice stone using white as the dominant colour. I also keep these colours unmixed on the pallet as well as a terracotta so that I can randomly add small amounts to make variations in the stone. I work from darker to light so I'm guessing there is approximately three or four layers of paint on each stone and not one of them would be the same. As you can see from the photo each stone varies from light to quite a dark brown, I added small amounts of terracotta to add warmth (a little too much in the kitchen) and some flecks of white that is sometimes natural to stone. As you can see in the image the darker pits show through and I achieve this by dry brushing which is when you apply paint to a dry brush and lightly drag it across the surface so the paint doesn't soak into the pits. Oh and I did sand them between layers, it helps to bend the colours a bit too. I initially intended to grout them but was a bit nervous to do so and now that I grouted my kitchen tiles I'm glad I didn't try it. I think I will fill a few of the gaps you can see with a mixture of sand glue and just place it in the gaps as I am worried about damaging the surface. 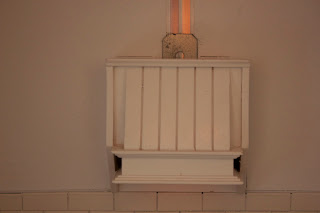 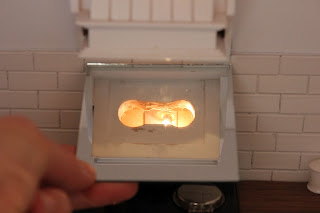 Well thats it for the flag stones, now to the range hood. I thought all was well and every thing had gone to plan until today when I went to work on my house and I discovered my globe had blown!!!!!! GRRRRRRR!!!! I was so happy with what I had achieved and now I think I need to start over.......: (
Firstly I had come up with a plan to attach my hood to the wall that enabled me to remove it without lifting it as I planned to put in a flue above the hood. I drilled a larger hole in the back wide enough for an angle bracket to slip in and then attached the bracket to the wall as you can see in the first image. That worked well and it sat nice and straight on the wall. I made the hole at the bottom of the hood wider to allow heat to escape as Gaic suggested and attached a piece of copper inside to use as a heat sink as Tyla suggested, you may be able to see it in the image with the mirror. Now that the globe has blown and I can't seem to get it loose to try another one I feel I have to re do the light at the risk of it happening again. So any suggestions would be greatly appreciated.
The sooner I get this sorted the sooner I finnish my kitchen!!!!
Mini Hugs,
Fi x
Posted by Fi.P at 10:27 PM 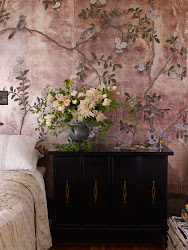 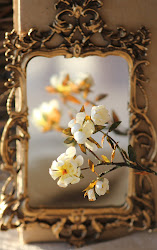